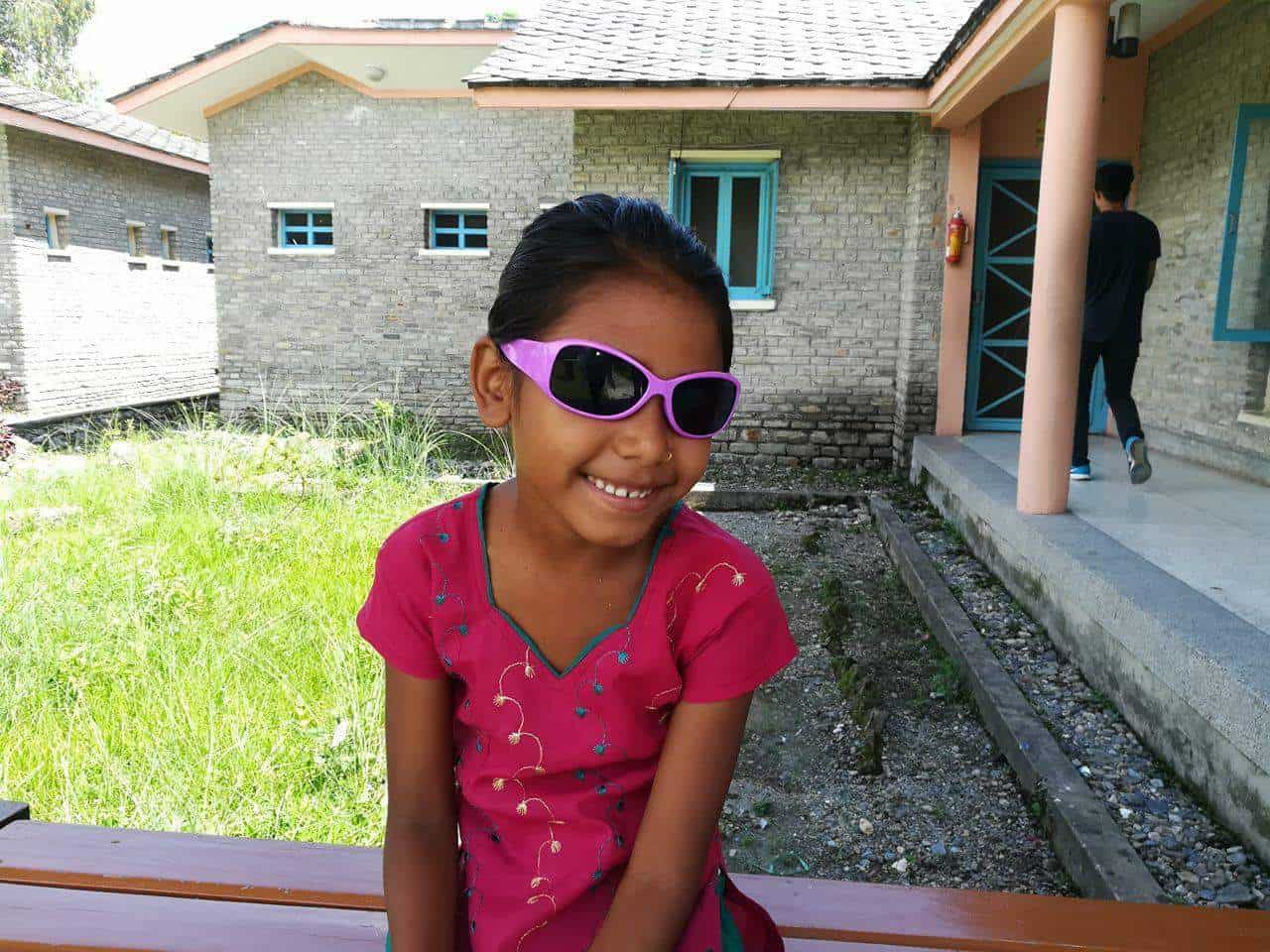 For a child such as Deepa (7) you represent a miracle. She lives in the village of Tarkuhat in the Lamjung district in Nepal. Deepa`s family is poor. In fact, they are amongst the very poorest in this remote region. Her father Bikram sings and plays music on the local bus in Kathmandu. His livelihood depends on what travellers will give him for his performance.

“My earnings are my family`s only source of income.”

The family`s situation worsened. Deepa`s vision deteriorated as did her father`s and sister`s. Her father found it increasingly difficult to find his way independently and his work on the bus became harder for him. With a baby and three children going blind at home, her mother could not accompany him to help.

Deepa knew her father had to work very hard so that she and her brothers could go to school and the fact that it was becoming increasingly difficult for him motivated her to work harder in class. Despite her best efforts, her grades fell. Her eyes were failing her. “It was getting harder and harder to read the books.”

After a while she couldn`t play with her friends after school any longer because she kept tripping or bumping into things. Gradually all colour seeped out of Deepa`s life.

When Deepa heard at school that an eye camp was coming her heart leaped. Maybe the eye doctors would be able to help them.

As you know, the Himalaya eye hospital organizes regular eye camps for patients who cannot afford treatment. Cataracts and vision impairments are common afflictions in the Lamjung district. Without these eye camps the patients here would not have access to eye care, so these clinics are crucial.

The eye camp that Deepa and her family attended was in the area, but still half a day`s walk away, which was hard on the family. With three visually impaired children, a father who was almost blind and a mother with a baby on her hip, they walked for hours through a region without decent roads.

But it was worth it. Doctor Indraman, who examined them, said that Deepa and her father and siblings suffered from cataracts and that they would receive quick surgeries in the eye hospital in nearby Pokhara, for which they would not have to pay. Because the children`s surgeries would be carried out under general anaesthesia, they were to take place in the hospital.

“We could hardly believe that we were being given this opportunity!”

People like you make it possible to help destitute eye patients with these free surgeries. I am deeply grateful for your support for every child or parent whose vision we can restore. There are many more cataract patients in the Lamjung district who risk going blind without surgery. Will you help them? A donation of 35 euros covers the cost of an entire cataract operation. By donating an operation, you will help someone like Deepa or her father regain their sight. For cataract patients in this impoverished province, you are their only chance. 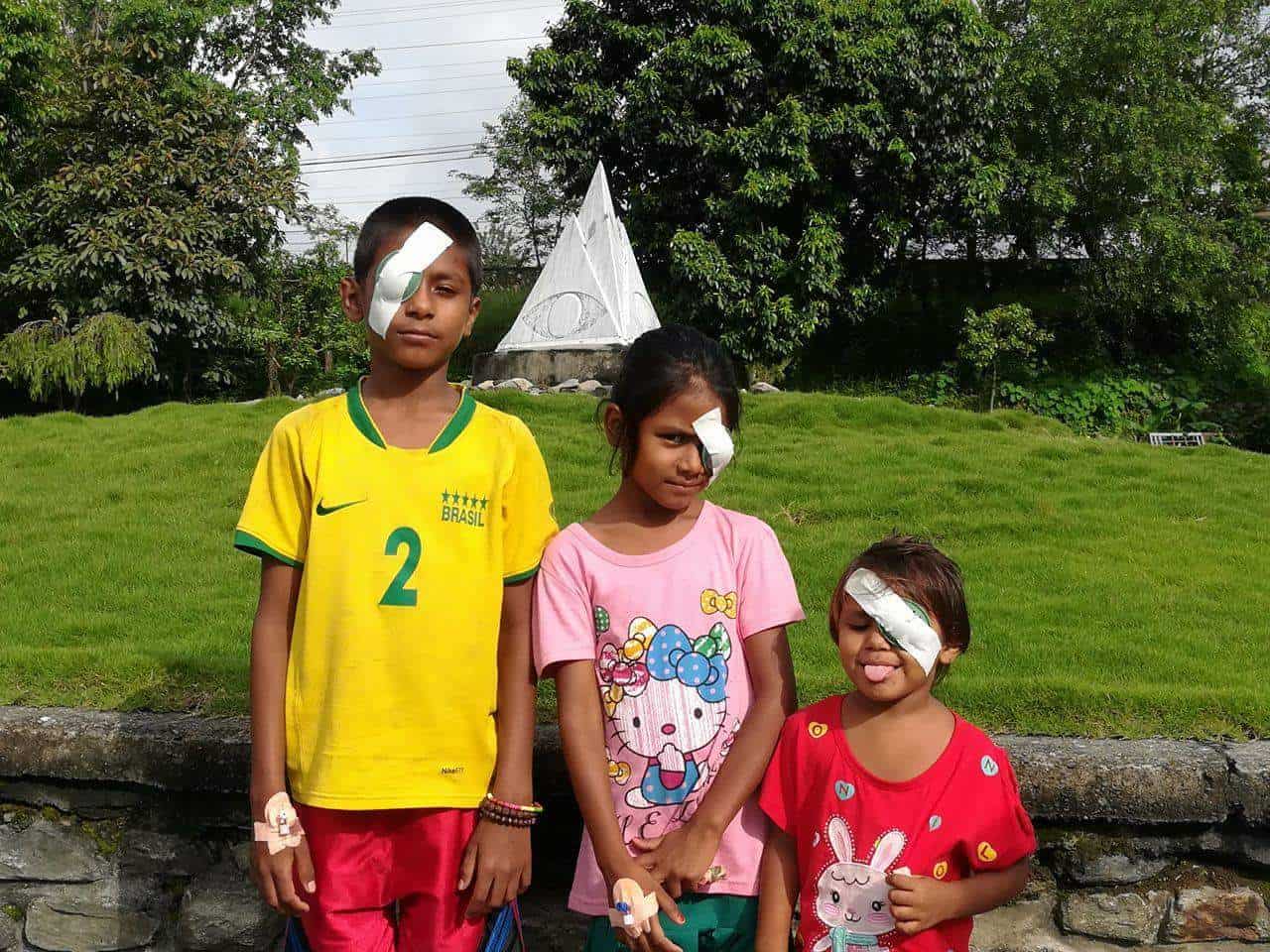 I hope that they can count on you. We are happy with donations of any size to help a cataract patient see again. And with your donation you will be giving so much more than just the surgery. Bikram can work again and is reassured that his children now have a chance at a better future. You should see Deepa now! Her grades have improved and she can once again play with her friends and enjoy life.

Thank you in advance for your support.

p.s. In a small village in Nepal lives someone who needs your help; a child, father, mother, grandfather or grandmother. Your donation will go to the poorest of the poor who cannot afford cataract surgery and therefore risk going blind. I hope you will help.