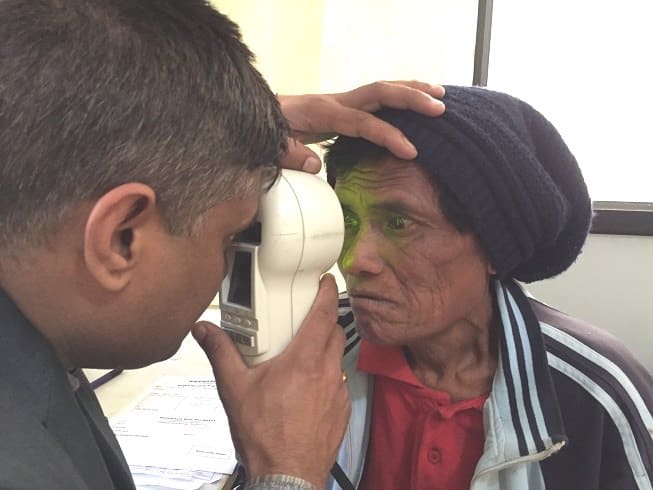 If you could only have seen Bhakta (55) when he had to walk somewhere. Inching along, step by careful step while hanging on to his wife`s arm; unsure, dependent and isolated.

Bhakta was perfectly healthy, but he was blind.

And that made life for him and his family in the mountains of Gorkha (Nepal) very hard. He needed help with everything. His son was the only one able to stay home and take care of him, but Bhakta did not want him to. “I would rather stay home alone, because I want my son to go to school so that he can have a better life than mine.”

Like every parent would do, Bhakta sacrificed himself for his son. But was his sacrifice really necessary? Especially since there is such an easy way to restore his sight to him.

You have the opportunity to do something special today to help eye patients like Bhakta.

As you know, life is hard for people who are blind or whose vision is impaired. Especially in remote areas in developing countries such as Nepal. The Gorkha district is seriously disadvantaged. There are hardly any roads and the people are poor, and the earthquake that struck the region in 2015 worsened the situation. It is estimated that in Gorkha there are at least 9,000 people with cataracts in both eyes. 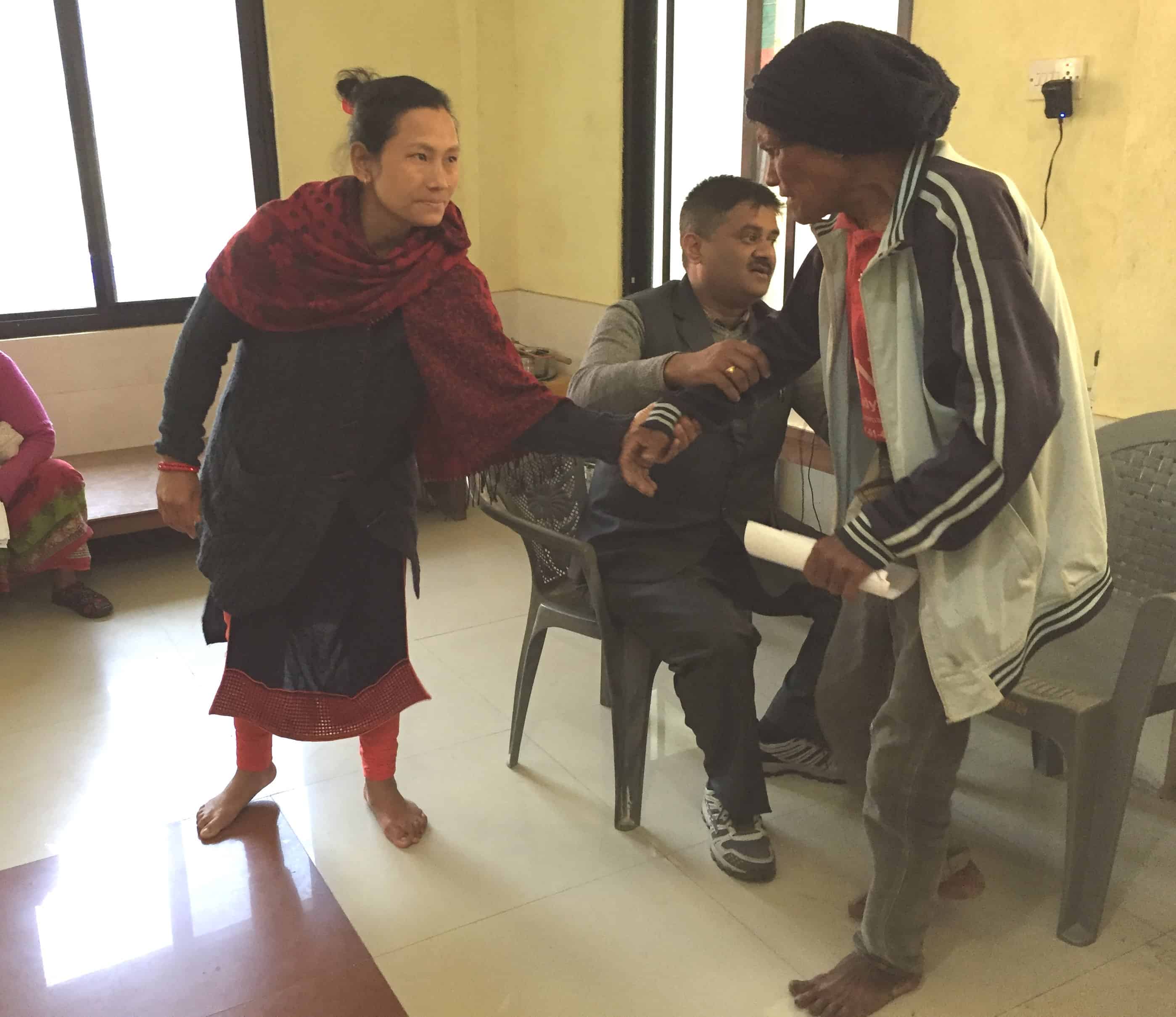 Bhakta became increasingly worried about his family`s situation. He had not been able to work for a whole year.

“I always worked in construction to provide for my family. Now my wife works on the land so that we can at least buy food.”

Luckily there is a small eye clinic in Gorkha that has provided basic eye care for quite some years now. But many necessary eye care procedures cannot be carried out in the clinic. Due to the lack of proper instruments, many patients are not getting get the surgeries they need.

When doctor Indra Man goes to Gorkha to perform surgeries, he has to bring an A-scan and a surgical microscope from the Himalaya Eye Hospital. Transporting the equipment is expensive. It would make a huge difference if the eye clinic in Gorkha were to have its own equipment. Many more patients would receive the help they need. As many as 490 patients could be helped annually; seven times as many as now!

Luckily, Bhakta has already received surgery from doctor Indra Man. He has regained his vision and can work again! Starting this coming August, the ophthalmologist will travel to Gorkha a lot more frequently to help as many people like Bhakta as possible. He and his team are ready and the staff at the eye clinic is also well-prepared. All they need now is the proper equipment and for that we need the support of people like you.

Because you have helped with a donation before, I know that you want to help people like Bhakta and hope that we can count on your support again. 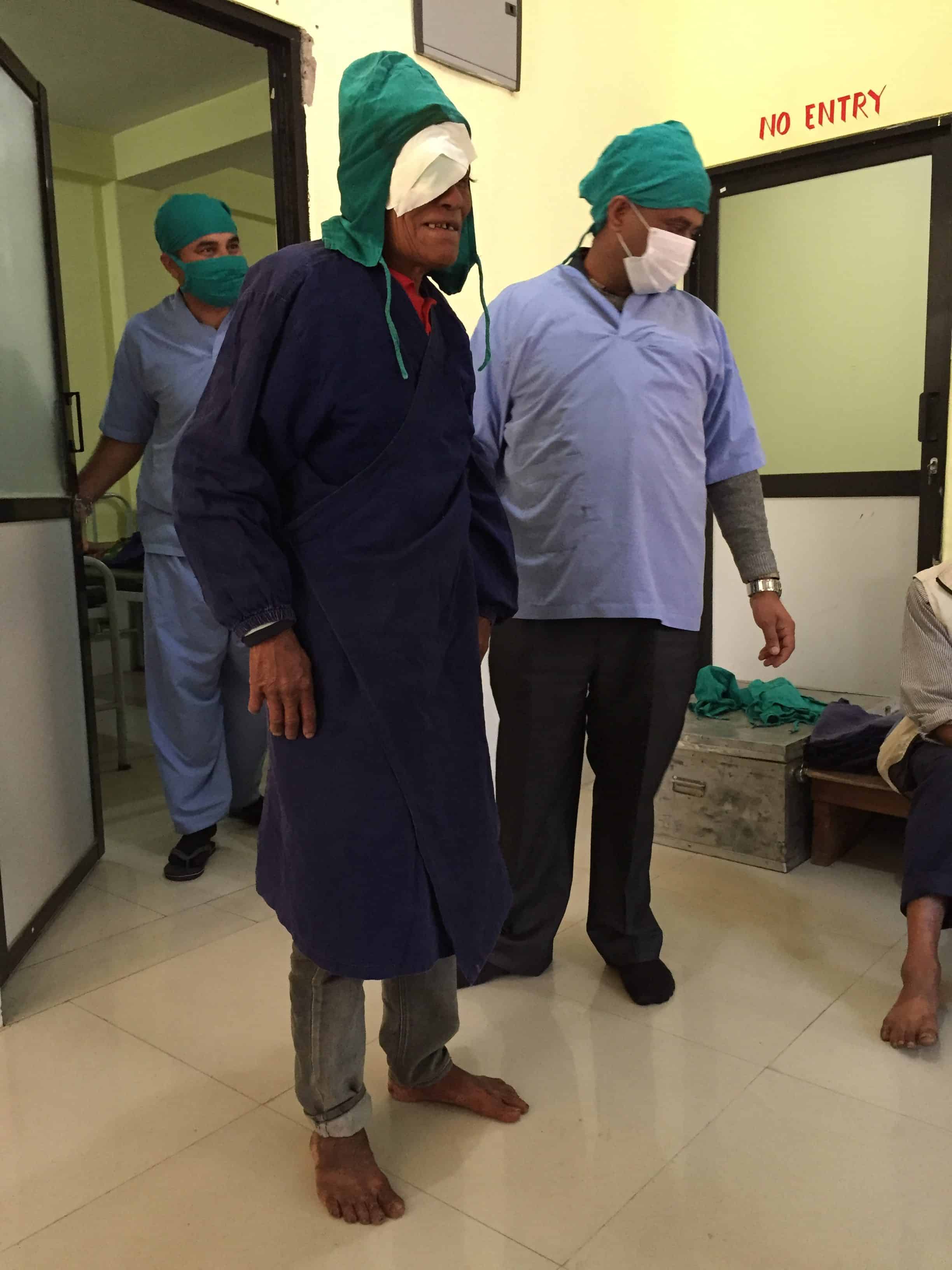 In our project proposal we explained to you how much your support today will mean. You can make a difference with a donation of any size. May I make some suggestions?

The beauty of it is that your donation will help improve so many lives not only now, but in the future as well. Thanks to you and your fellow donors, 490 cataract patients a year in Gorkha will regain their sight!

You have my deepest gratitude in advance for your valuable contribution.

p.s. Doctor Indra Man sent me the accompanying photograph with an urgent plea. Bhakta wanted nothing more than to be able to go back to work. And to finally see his grandchild for the first time. Patients like him will be very grateful for your donation.