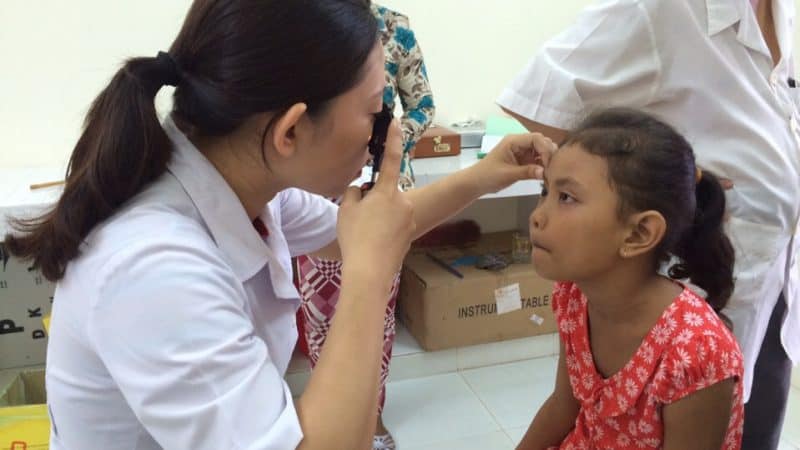 Son Thi Xa Me (12) is a cheerful and intelligent girl. She works hard in school and is a quick learner. She would love to become a teacher one day so that she can build a better life for herself. Son’s future looked bright until her vision started to get progressively worse. 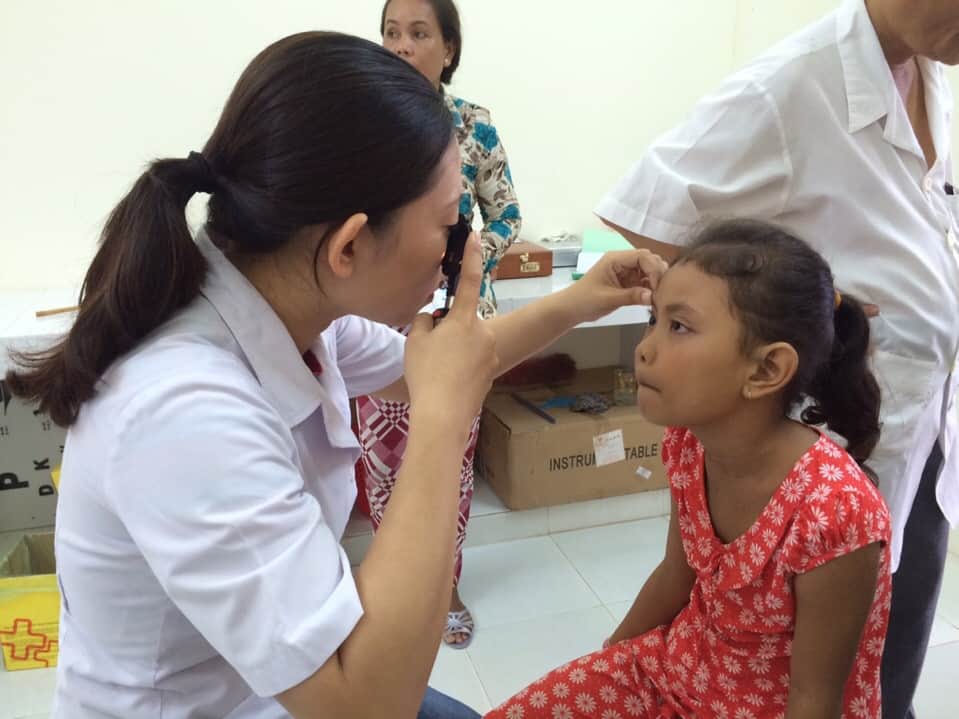 She would get headaches and reading became increasingly difficulty. When she was writing she would sit with her nose virtually touching the paper in order to see what she was doing. Her grades began to suffer. She found it increasingly difficult to keep up in class and began to fear that she would never become a teacher. Her parents believed that Son should learn to live with her failing eyesight. Many children like Son have a hard time keeping up at school and fail to complete their education, consequently losing their chance at a better future.

Like many residents of Soc Trang on the South Vietnam coast, Son’s parents knew little about healthcare. The crippling poverty in the region means that people have little knowledge about or access to health care. Three out of ten people are extremely poor. They often earn just enough to survive with the cultivation of rice and onions or fish farming. Son’s parents are also farmers and her mother sells some of the rice and onions they produce at the local market. They work hard every day on their small plot of land. The drought in the area does not make their life any easier. In recent years, the harvest has failed a number of times due to salt water penetrating the Mekong Delta as a result of the drought. Many people in Soc Trang do not know there is such a thing as eye care. They have no money to travel to a clinic, let alone pay for an eye exam, treatment or glasses.

Poverty in Vietnam means that for many children with impaired vision their fate is sealed. Without treatment, their vision can remain permanently impaired even when it could be easily corrected in many cases. For children living in remote areas, the only solution is to bring eye care to them.

So when optician Hinh Hoang from the eye centre at Vĩnh Châu visited Son’s school, she performed eye tests on all the students. She noticed immediately that Son was in desperate need of glasses. Despite everything Son was determined to complete her education and realize her dream of becoming a teacher.

“I am extremely happy with my glasses. They have made school much better for me.” 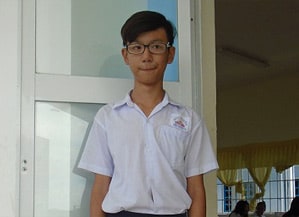 “My mother looks after my brother on her own. We do not have much money. I am so happy that my eyes have been tested and I received a pair of glasses free of charge. I can see much clearer now. I can now read both my books at school as well as my comic books”. 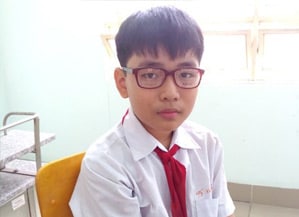 “I dream of becoming a policeman and helping people. To do that you need to be able to see well. I also play football and badminton. With my new glasses I can see much better. I need to go back in 6 months for a check up”. 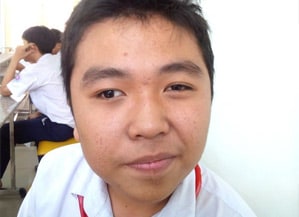 “I don’t see too well with my left eye. I want to be a writer. That is why I want to do well at school”.